Asia: a meeting with a billion millennials

Asian Summer - Part 2 - 58 % of millennials, over one billion individuals, live in Asia. Although they have many things in common with their western cousins, the context of their lives is very different and structures a rapidly expanding economy

Asian Summer - All summer, a series of articles to understand the Asian market.

Participating in HUBFORUM, Singapore, Roger Yuen, founder of Clozette, a digital medium devoted to Asian fashion and trends, outlined the profile of an Asian millennial.

Although he has many things in common with his western counterparts - overprotected but subject to economic pressure, a tech addict, an engaged consumer looking for genuine personal experience - and is subject to the same clichés - lazy, egocentric, cheeky, - the context of his life is very different.

What he has in common with western millennials

Today's Asian millennials follow the global trends of this generation closely: on one hand, they share the west's pop culture and leisure activities, on the other, they remain difficult to categorise according to well-defined socio-economic profiles. They are more like to identify in terms of communities and lifestyles as described, for example, in a Canadian study by the Environics Institute, cited by Roger Yuen:

Bros & Brittanys (38 %) - Confident, like playing with risk - This is the mainstream profile, that of a young city or suburb-dweller, who doesn't particularly want to change the world, but wants to begin the day with a coffee and end it with a beer. They are enthusiastic users of technology

Engaged Idealist (19 %) - They want to change the world - A popular millennium cliché: more likely to be female, with a strong social conscious. They have progressive ambitions and values. Highly connected and frequent users of tech.

Lone Wolf (19 %) - Rebels without a Cause - This segment rejects authority and disengages from society. With no particular cause to defend, they have a sceptical view of the world and what it has to offer them.

New Traditionalist (10 %) - The New Conservatives - Fundamentally spiritual and religious, these millennials believe in a traditional family structure. They are pragmatic consumers who are careful with money and are not particularly looking for social recognition.

Diverse Strivers (10 %) - Looking for Performance - They like a crowd and intensity in all they do. They are connected to their communities, believe in their jobs and want to move forward. They like spending money, care about their appearance and want branded products.

Critical Counter-culturist (4 %) - Rational Critics - These millennials are civil, ethical consumers with a global conscience. They are sceptical of advertising and have a more utilitarian approach to consumption

Firstly, the economic impact of millennials varies from one Asian country to another: in Japon they represent 11 % of the population, whereas they make up 31 % in the United Arab Emirates.

Practices are also different: for example, although millennial social networks exist in China, called WeChat and Weibo, practices are different in other countries: 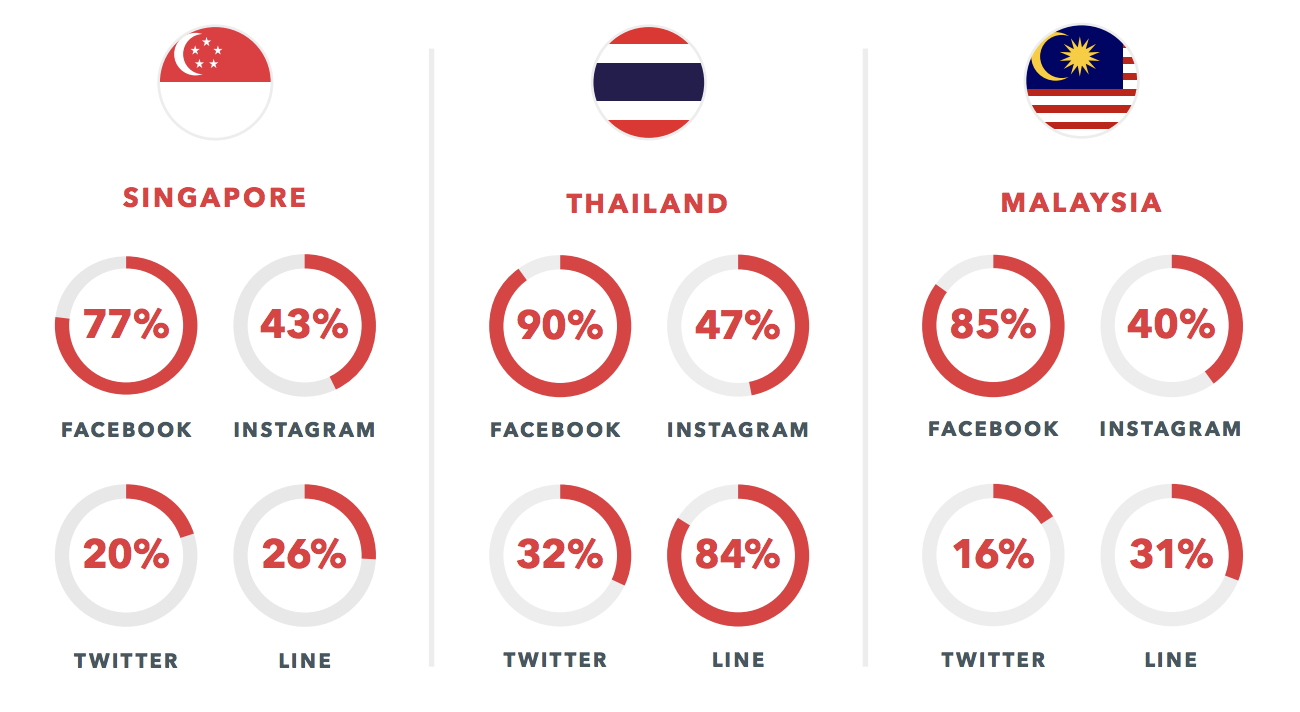 On the other hand, until the current parent generation, millennial Asians were not, or very little, affected by brands, as this image shows: 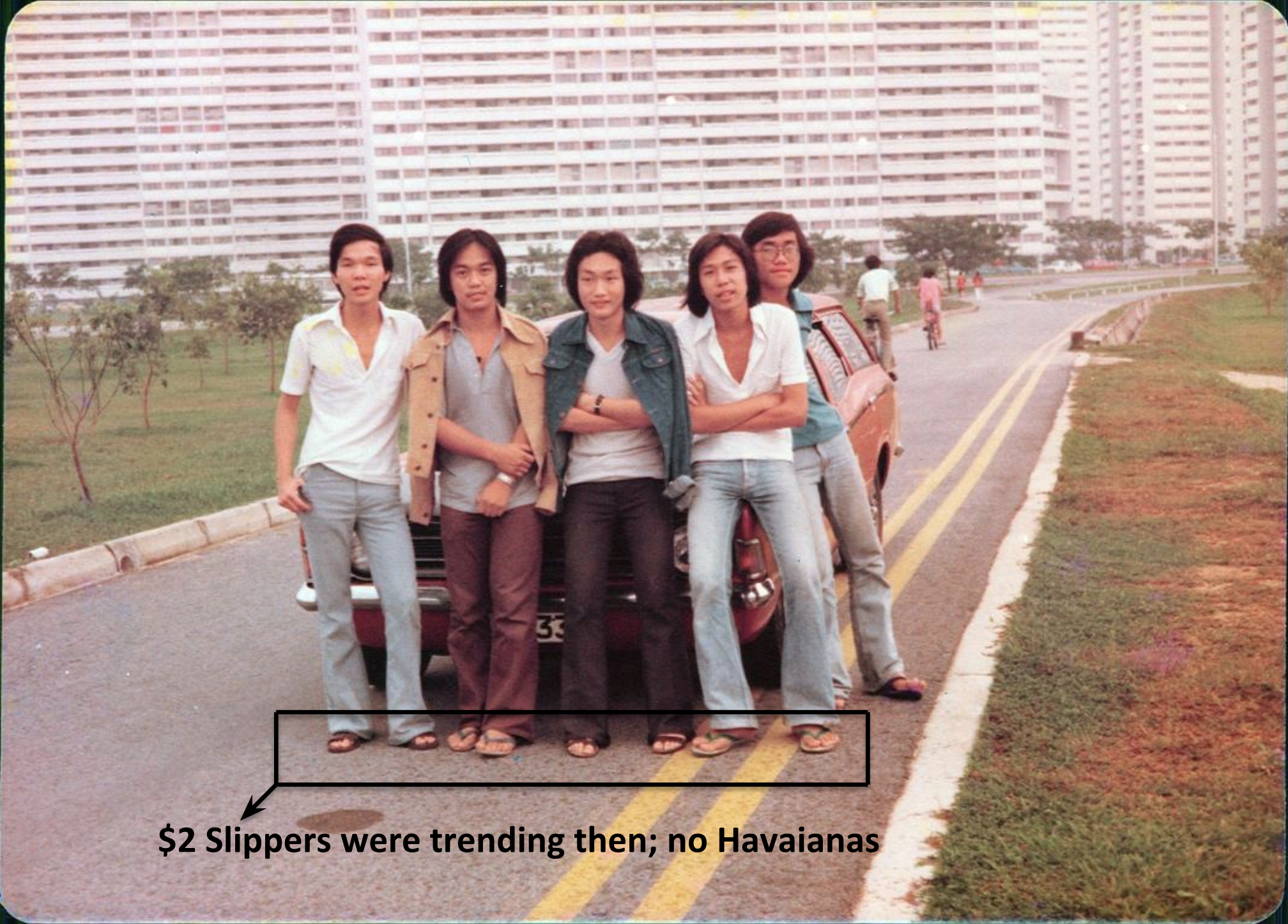 Even with different levels of development and political contexts, young Asians still have two essential things in common:

1. They live in an unprecedented context of social and economic progress

2. They discover individualism and the affirmation of one's self and one's status. 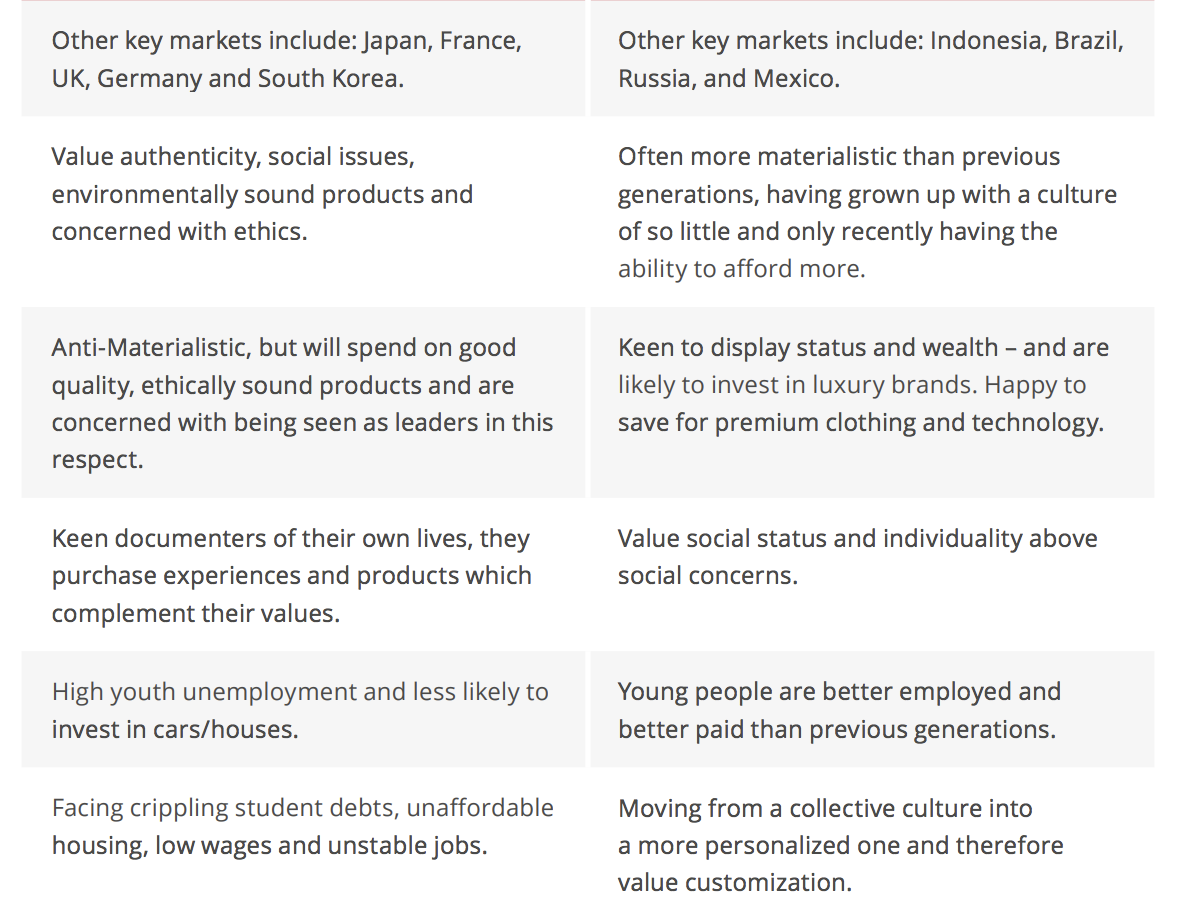 Outside of the well-identified domains of fashion and luxury, millennials are the drivers for key markets such as:

- automobile. While young westerners are turning away from cars or focusing on value for money, Asian millennials are looking for showy models that testify to a certain social status.

- eating out. According to Daxue Consulting, 44 % of millennials say they eat at home only twice a week. Food delivery services, this generation's prerogative, generate revenue $1.2 M in China. 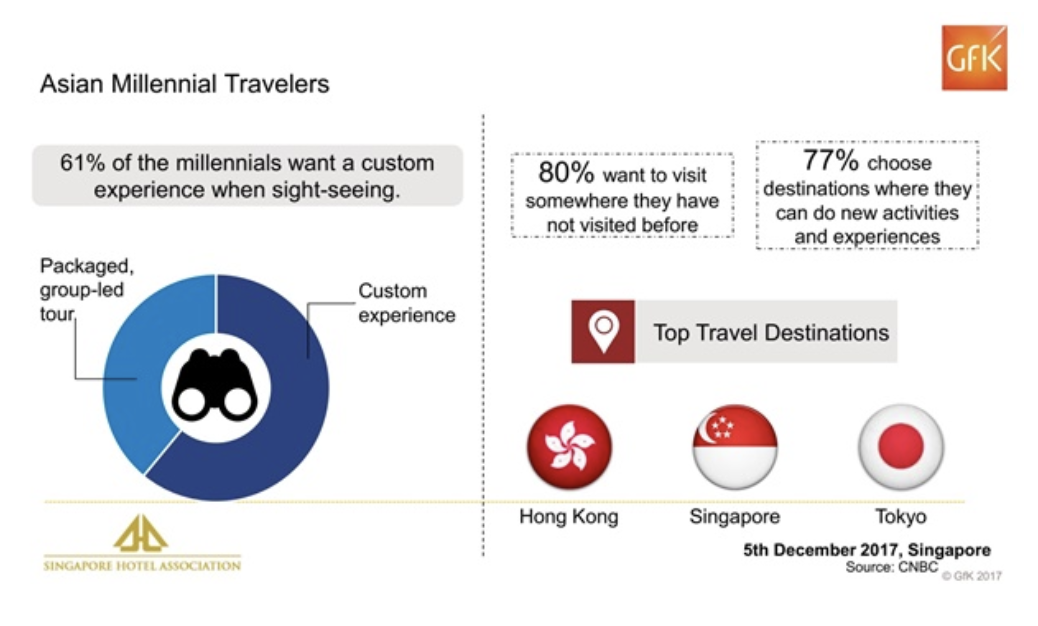 - online payments. In 2015, 3/4 of millennials had already moved to mobile payments, a higher proportion than in the United States: 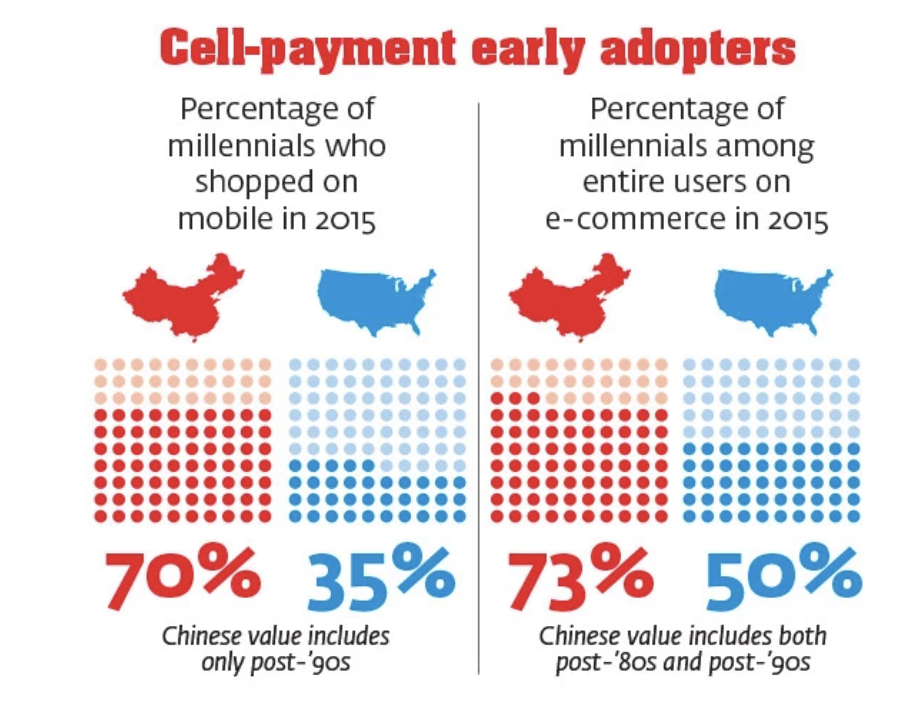 The 8 millennial trends to follow, in 2018 and beyond, according to Roger Yuen:

- The emergence of micro-influencers

- The idea of the sharing economy

- The needs of young mothers