New Retail: in search of the Amazon Go killer

With Amazon Go and its Just Walk Out technology, the US e-commerce giant has set a new standard, aimed at eliminating friction at the pay point, in what is called New Retail. Other operators, startups or existing players in the USA, Asia and Europe have entered the race to offer their own cashierless vision. A wealth of solutions, from the most integrated to the lightest.

Amazon operates 9 automated Go stores in 3 cities (Seattle, Chicago and San Francisco). And according to Bloomberg, the e-commerce juggernaut doesn't plan to stop there but aims to open 3,000 such units in the next few years. The gap opened up by Amazon and its vision of automated commerce reveals a market landscape which many players are rushing into, whether they are startups or established tech players.

Nanostore concept garnered a lot of attention. Developed by the Californian startup AiFi, this container provides a sales area of around 18 square metres, somewhere between a small corner shop and a vending machine. Kitted out with cameras and shelf sensors, the Nanostore unmanned shop opens its doors when you swipe a credit card or flash the store's mobile app. AiFi's model is to supply this white label solution to distributors, saying in New York that distributors like Carrefour or the Polish Zabka had already expressed interest.

Artificial intelligence, combined with cameras and smart shelves, is driving every "automated commerce" device. This is how Mighty AI, a US startup specialising in driverless vehicle technologies like computer vision, expanded its retail operations after being approached by Standard Cognition which develops cashierless checkout solutions for distributors. According to co-founder Michael Suswal in a Bloomberg interview, even if the technologies would have advanced anyway, the Amazon breakthrough has mainstreamed the concept and forced the competition to throw their hats in the ring.

And the investors are following suit: venture capital exposure in US companies exploring automation for physical commerce has almost tripled between 2017 (when the first Amazon Go opened) and 2018, from $40m to $111m - including a major $40m fund raising for Standard Cognition in November 2018. The startup has just bought Explorer.ai, a company specialising in mapping and computer vision which also aimed originally at the driverless car sector. The purpose of this acquisition is the deployment of cashierless solutions in the biggest retail stores. 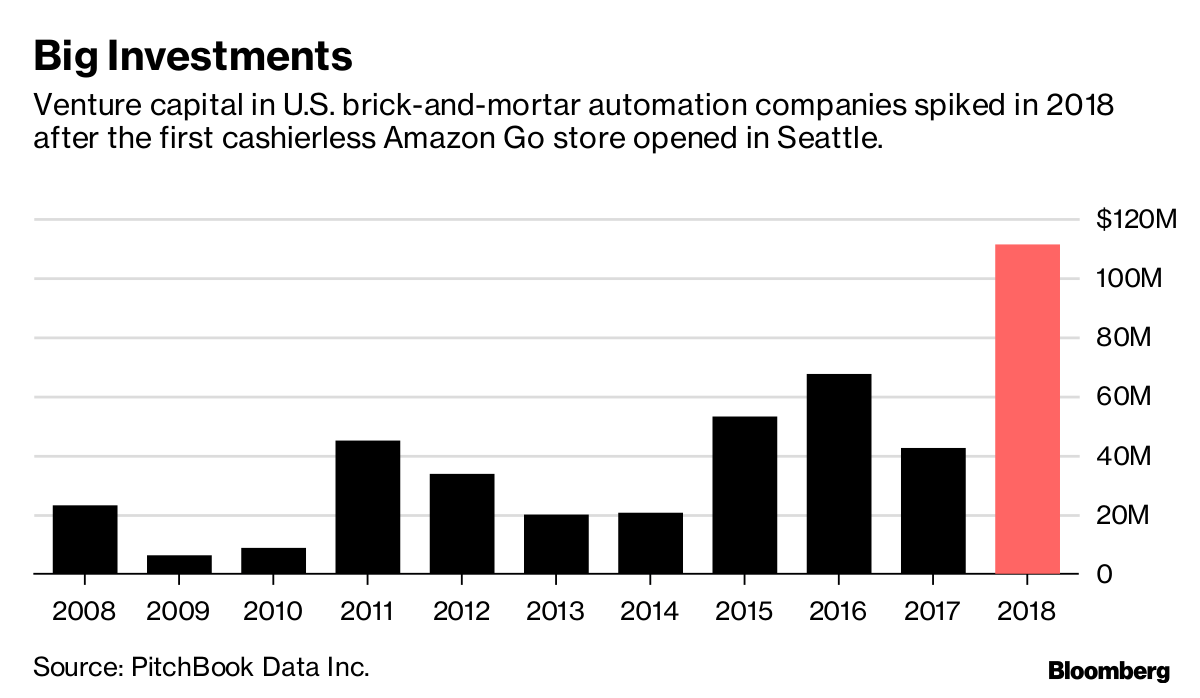 Various uncertainties remain as regards large-scale deployment of these fully-automated concepts: AiFi planned to launch a pilot store the size of a conventional grocer for an unidentified distributor before the end of 2018, referring to an "as yet under-developed" system, but postponed it to 2019 without any further explanation. Amazon also experienced some delay to its schedule before launching the first Go in Seattle.

Smart Shelf and Zippin have planted themselves in open and direct competition with Amazon Go technology. Zippin, a software solution designed by former Amazon executives, consists of a downloadable app which you then complete with payment details. This generates a QR code which lets you walk into and out of the shop, while the software solution, a combination of computer vision, visual recognition and smart shelves, works out the cost of what you have bought. A message is then emailed to you. Zippin has opened a pilot shop in San Francisco.

In Asia too the big players are seizing the moment. JD.com is developing its automated X-Mart concept. With around 20 openings in China, JD.com has for the first time deployed the concept outside its home market, in Jakarta, Indonesia. The X-Mart system uses image recognition, RFID and QR codes. Alibaba, aside from its ultra-digital Freshippo (formerly Hema), is also testing staff-less prototypes like Tmall Future Store.

Of course there are other players offering retail approaches less radical than these technologies. There's less of a Wow factor but more agility for the distributor, who can avoid the need for a fundamental structural review of their outlets in order to insert some smart devices. That's the view anyway of US startup Caper, which embeds them in shopping trolleys. Fitted with a screen, barcode reader and payment terminal, they also function as scales for items sold by weight. According to the founder, the trolleys can also learn: each item is photographed so that ultimately the items are recognised without the buyer even scanning them. The trolleys can also guide the user along the shop aisles and tell them when they are close to current promotions.

Startups Tracxpoint in Israel, Hanshow in China and Focal Systems in the USA are developing similar concepts, with trolleys boosted by artificial intelligence and computer vision. The French Caddie also announced in early 2018 that it was working on the concept with two startups.

Finally, there are some working on simply relocating payment to the smartphone. FutureProof Retail is a case in point, offering an SaaS mobile payment solution. The customer downloads the store app, inputs their ID, photo and bank details, then scans the bar codes to fill the basket, before scanning a mobile checkout QR code on leaving the shop. A clunkier experience, but easier to implement, FutureProof Retail handles the risk of fraud with a verification process on a sample of bags. The solution has been used in the Fairway Market stores in New York, and by the Colruyt group in Belgium for Spar and Okay stores. This type of queue-cutting pathway is already offered in France by Monoprix (Casino group), which has had payment by smartphone in all its shops since late 2018, under the name Monop'easy.

Conventional distributors also in the vanguard

Among conventional players too, there is a desire to get in on the new paradigm, generally opting for Grab and Go. Walmart and Microsoft signed a strategic partnership in 2018 aimed at deploying the retailer's digital operations in the Azure cloud, and also to use the Redmond firm's AI tools for New Retail. In New York, Microsoft and the retailer Kroger (2,800 food outlets) have also announced a partnership to develop tomorrow's grocery shop, with two pilot projects in Monroe, Ohio and Redmond in Washington State. Smart shelves, IoT sensors, targeted ads, self check-out, etc, all aiming to streamline the user's shopping experience and also improve the distributors' operational efficiency, and all driven by Microsoft Azure and Azure AI.

In France the Casino group is exploring the concept with the launch in Paris of 4 Casino, its 24/7 phygital concept store. Payment here is done by the app and you exit by scanning the total at the gate. But now Scan and Go is giving way to Grab and Go, already running in the shop. Carrefour should also get into the running with a 56-square-metre pilot project scheduled to open in the spring and being tested by staff at their Massy headquarters in Essonne. According to the specialist magazine Linéaires, it will use facial recognition to validate payments. Finally, Decathlon are also going down the Scan and Go route, but with RFID payment via an automated checkout which reads the entire basket. RFID is also used by Auchan in its Auchan Box concept in Shanghai, in partnership with the Chinese startup Bingobox. 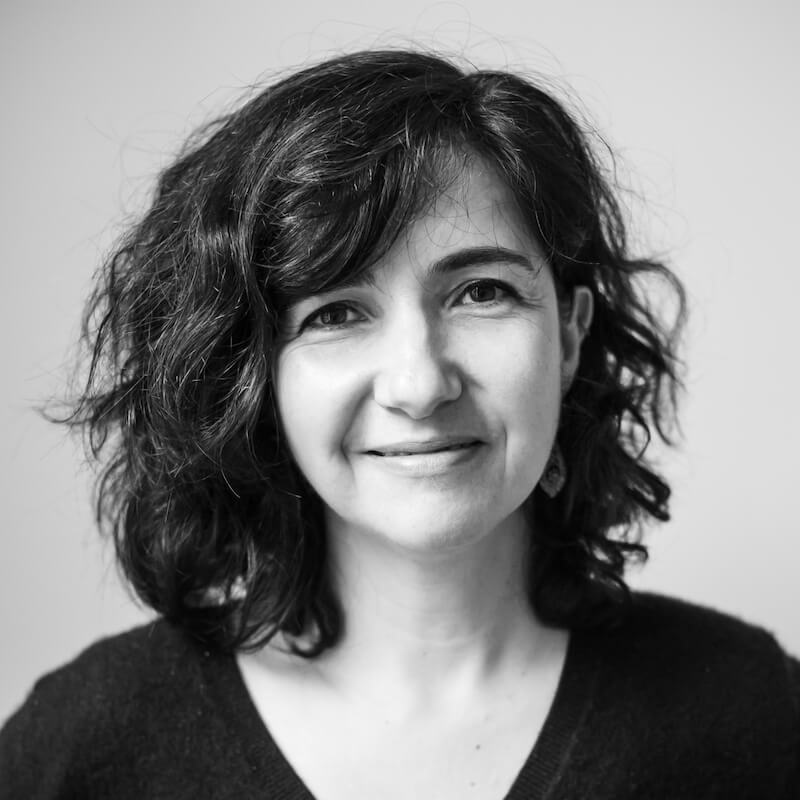