Often called the "Chinese Silicon Valley", Shenzhen has over the past 40 years become one of the global innovation hotspots. Development here has a specifically Chinese character: a concentration of talent and a large dose of pragmatism with a view to fast turnarounds. At the end of a few days' visit and quite a few meetings, here is what we think makes this city special.

The story is well known and proudly told: 40 years ago Shenzhen was just a little fishing port of 20,000 people not far from Hong Kong. In 2018 the city celebrated its 40th anniversary with more than 12.5 million inhabitants, a living standard close to that of eastern European cities and several Chinese tech powerhouses. How did it manage to grow so quickly? There are 6 main factors behind this transformation:

Shenzhen is located in the Province of Guangdong, in the Pearl river delta, at the centre of a 9-city conurbation which includes Hong Kong, the main financial centre, Macao, and Dongguan (which hosts the production capacity of the whole basin). These cities form a competitive hub, with huge rail and road infrastructures, like the 55-kilometre Hong Kong-Zhuhai-Macao Bridge, inaugurated in October 2018. The region has a population of nearly 50 million. 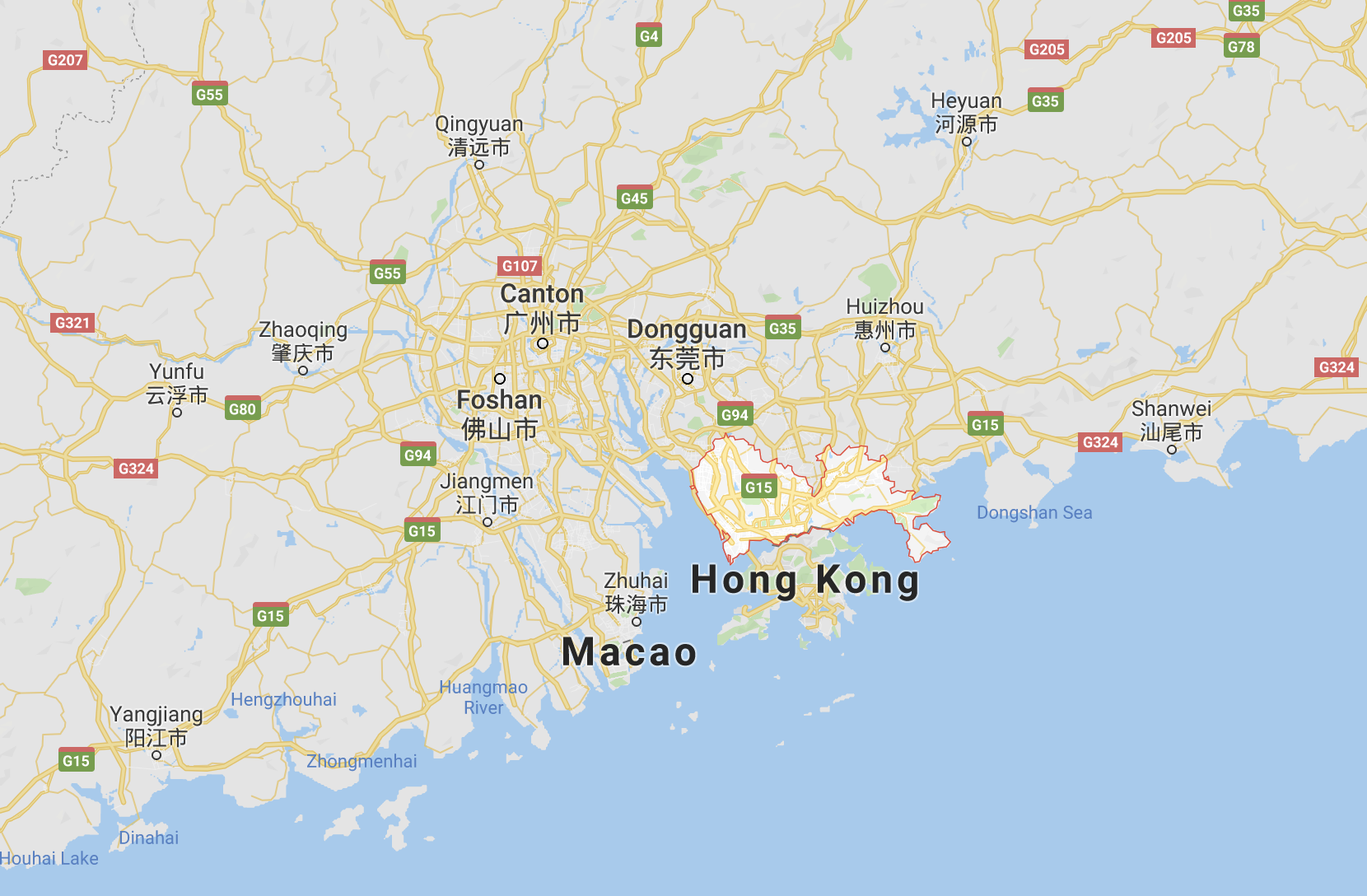 In 1978 China decided to open up and to create Special Economic Zones in which private businesses could be established and foreign companies hosted. It so happens that it was Xi Zhongxun, Xi Jinping's own father, who designated Shenzhen as one of them. Between the end of 1979 and 1982, no fewer than 20,000 workers and engineers would come to build the city, one of the rare large Chinese cities graced by urban planning and green spaces, and at the start of the 80s it looked like this: 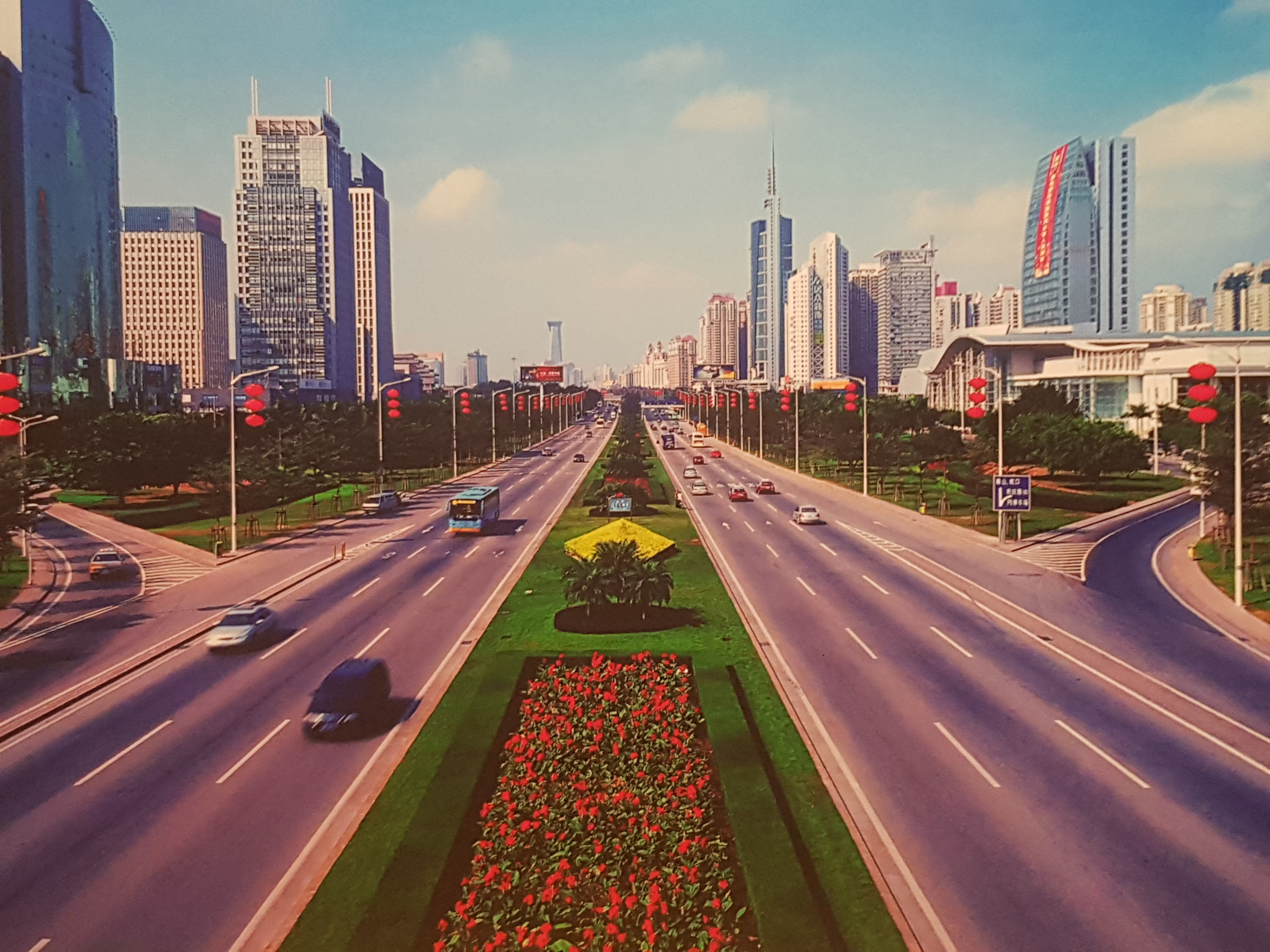 Shenzhen has the reputation of being a "sunny city" which encourages success, and it attracts workers from all over China. Currently, fewer than 0.2% of the city's permanent residents are from overseas.

3. The ability to reinvent itself:

Shenzhen actually has three histories. From the start of the 80s to the 90s, the city developed simple manufacturing industries (belts, clothing etc). Shenzhen was competitive in these labour-intensive operations due to the low cost of labour and real estate. The main overseas investors were Japan and the USA and more than 6,000 companies were set up. 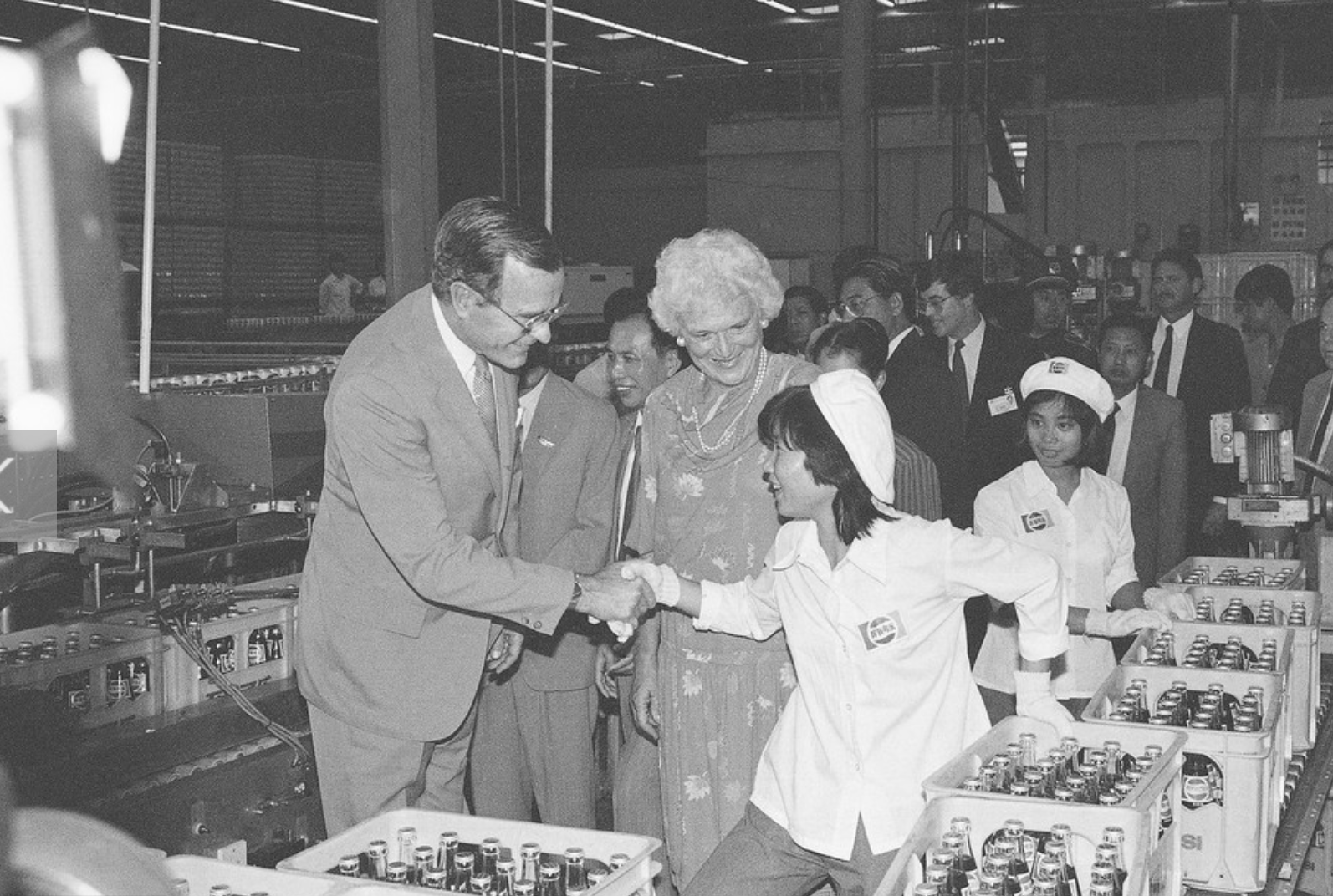 From the mid-90s, with an expansion in m2 and rising wage levels, the city began to target leading-edge technology, particularly electronics (televisions, computers etc) and telecommunications. The contribution of high tech to the Shenzhen GDP was 22.58 million yuan in 1995, reaching 870 million in 2008, i.e. 32% average annual growth!

But with the financial crash of 2009 came the third phase: the government adopted a new strategy driven by innovation: from being the world's factory the country was to become the world's laboratory. The city and its leading companies would focus on areas like 5G, genetics and drone technology. In 2018 40% of the city's GDP came from 7 industries: biotech, internet, renewable energy, new materials, culture and creativity, information technology, and energy storage and environmental protection (take a short virtual city tour here)

Though many Chinese are more drawn towards the public sector or the civil service, the private companies started up in Shenzhen have still got the muscle to attract talent.

- Huawei, premier telecom equipment provider and second-largest smartphone manufacturer in the world, founded in 1988 (180,000 employees today), whose campus is based in the Shantan district (where it accounts for 80% of the GDP). 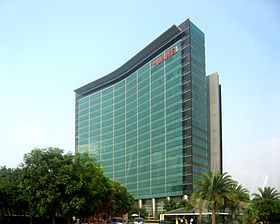 The production lines are located at Dongguan, along with the R&D centre, which can accommodate 25,000 employees. 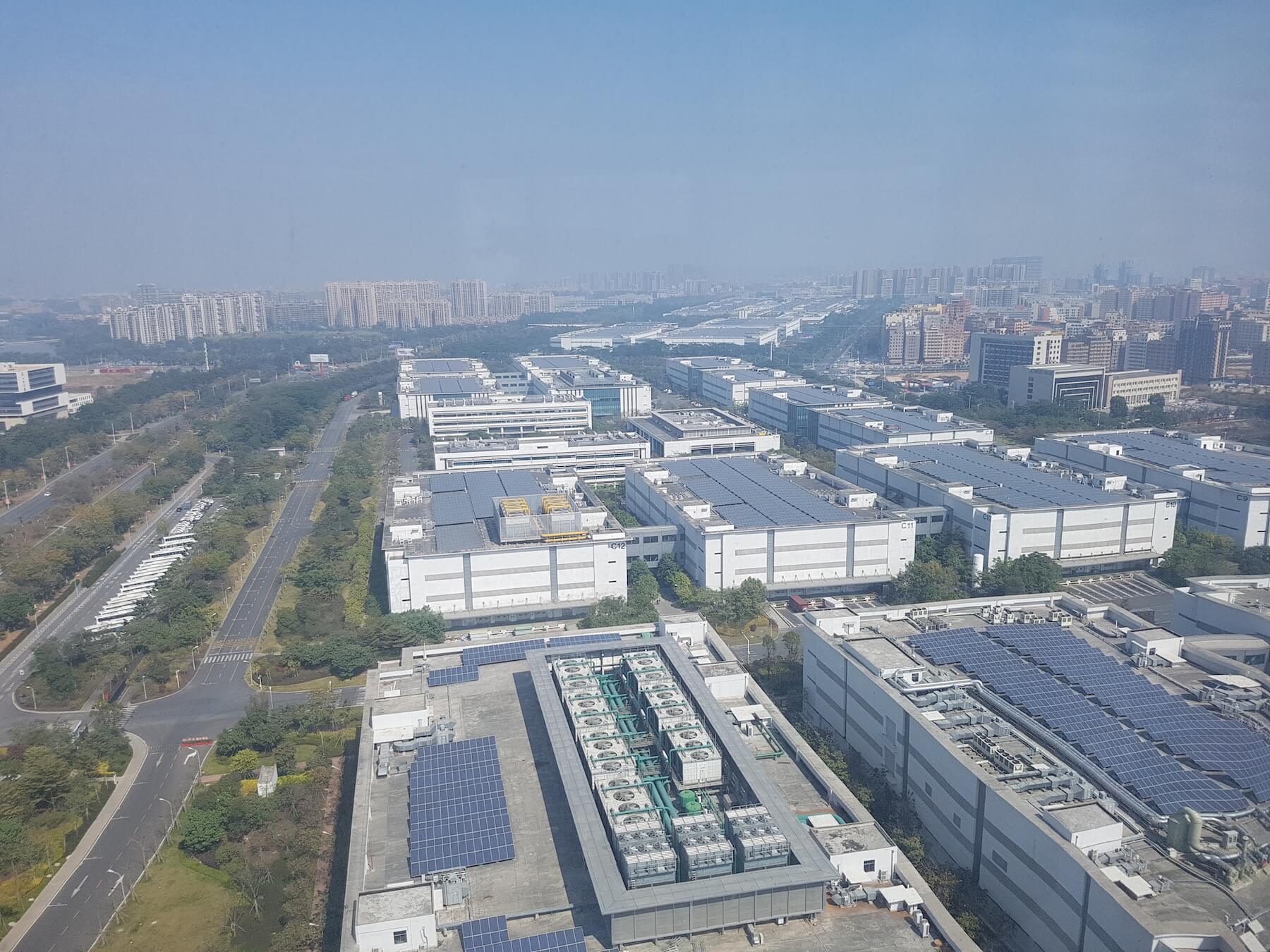 In Dongguan, as far as the eye can see, Huawei's manufacturing lines 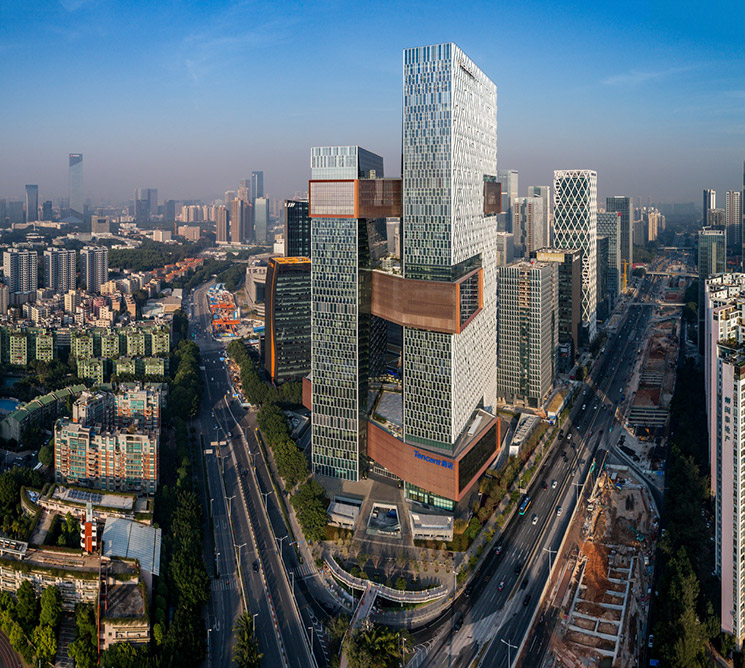 Or the telecom equipment provider ZTE, or TJI, the world leader in drones, or BGI Genomics, the world's largest DNA sequencing platform. There are 11,320 Chinese companies in total, as well as 280 international Fortune 500 companies. The city's businesses devote 4% of GDP to R&D, and have filed more than 20,000 patents, or 43% of all the patents filed in China.

In Shenzhen all of the 300 components of a smartphone can be found within a 1-kilometre radius (notably the renowned Huaqiang North, the street of electronics), as well as a web of versatile SMEs with that unique Chinese mix of low and high tech. "A production decision on Friday for delivery on Monday, you can do that in Shenzhen", an entrepreneur tells us. Companies also fight to get the best R&D talent. Together they can make idea a reality in 3 to 4 weeks, whereas in Europe it would take 6 months. 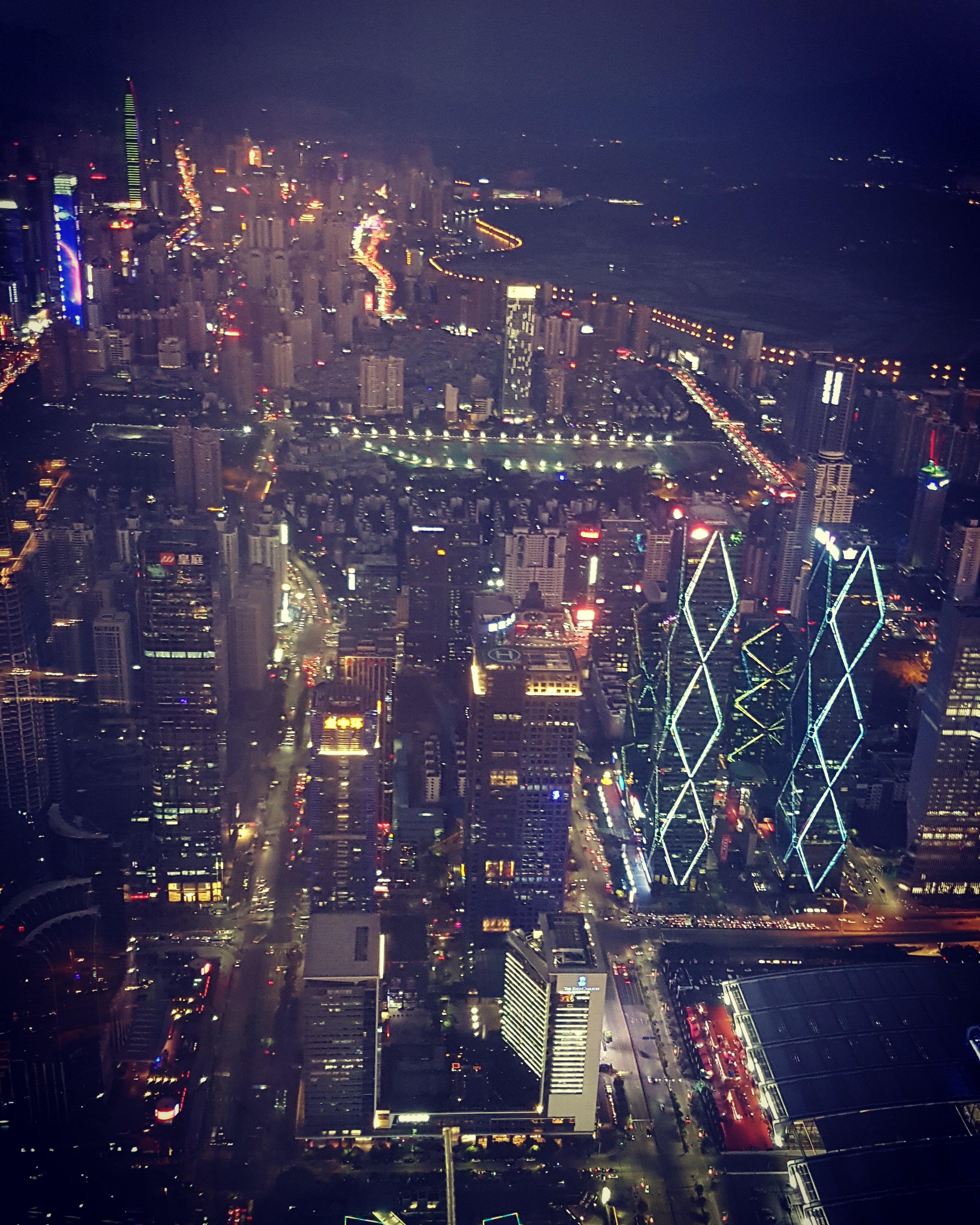 The center, seen from the Pingan Tower

To sum up the Shenzhen spirit, they even put their Top 10 city axioms on display in the local museum: