The Smart City market is expected to be worth $28bn in 2023, a doubling in 6 years. While Asia and developing cities are achieving rapid growth, western cities still make up more than 50% of the market. But Smart City methods are very different depending on whether they're applied to an up-and-coming city or to the transformation of a city with existing infrastructures and a historic identity. HUB Institute's new Smart City series aims to explore the second of these challenges.

City transformation is right in front of us, and it is smart. By Smart City, we mean installing linked systems in the city, capable of optimising all kinds of flows (energy, traffic, buildings, etc.) to make things more efficient. Asia often grabs the attention in this field due to the ambition of its proposed innovations, like Songdo, the 100%-connected Korean city (which still struggles to attract residents), or Shenzhen, one of China's showcase Smart Cities.

The Shenzen's brain room, one of the Smart City application presented by Huawey in it's showroom

Developed "historic" cities have also taken their digitisation in hand. This is the "brownfield" Smart City (as opposed to 'greenfield' for cities in development). They will still make up the majority of the market in 4 years' time: 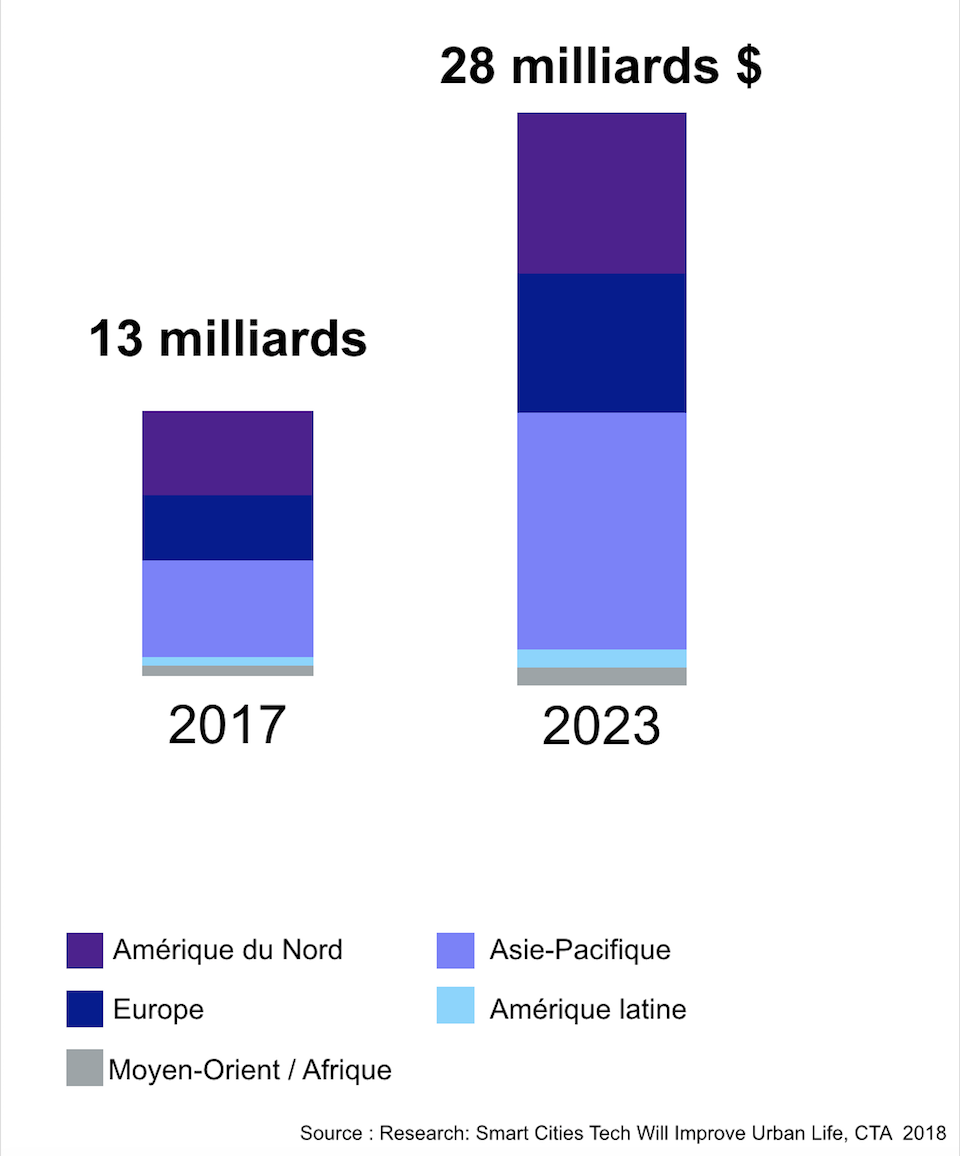 Europe and France are somewhat ahead

Whilst, according to Deloitte, China is claiming 500 Smart City projects, Europe has 90, of which 25 are French cities, as highlighted by a recent JDN survey which confirms that the innovations are mainly being driven by open data: 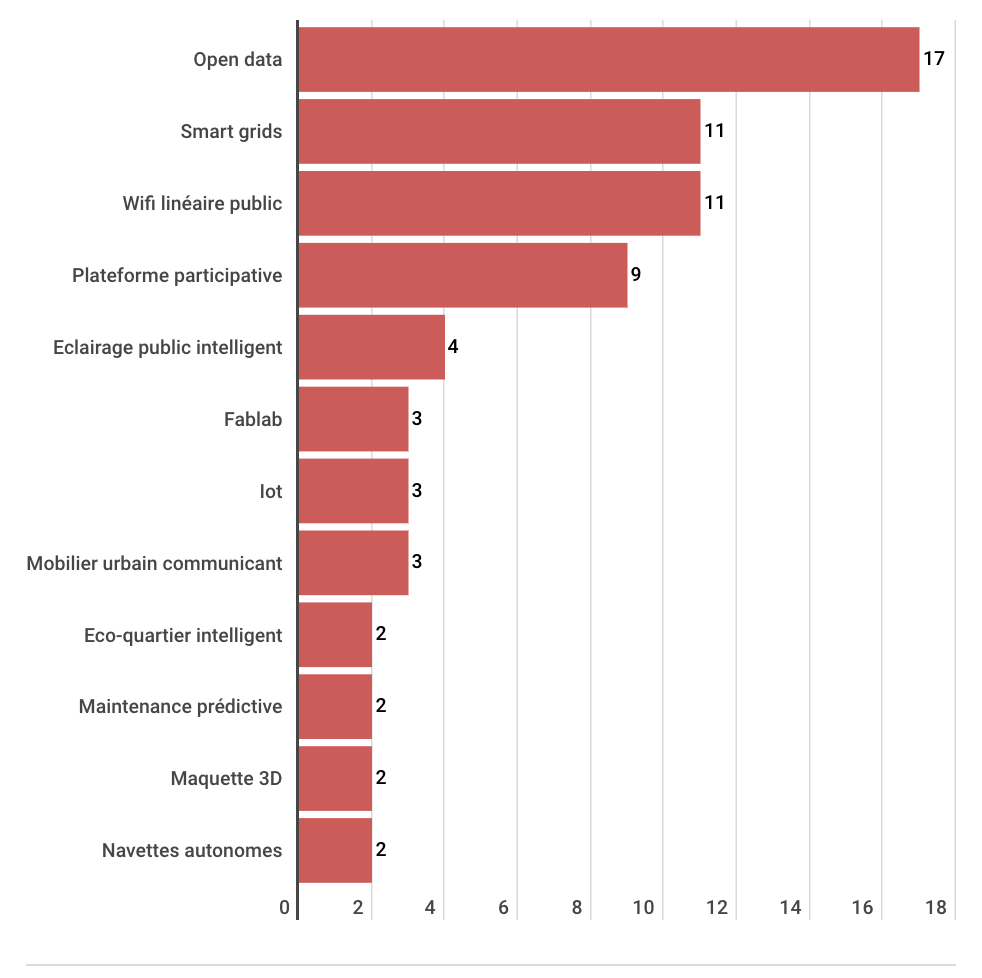 Use of Smart City in french cities

But rather than install infrastructures from scratch, they need to take into account local urban characteristics, infrastructures already in place, economic challenges and also the heterogenous character of the data sources.

Urban structures, for example, can only be upgraded piecemeal. Mobility is the hot topic, but narrow streets can only be partially optimised. Certain types of data are open, while others are jealously guarded. Stakeholders can also oppose changes, especially those which affect heritage, etc. The city transforms, but on a case-by-case basis.

The needs of residents in these old and developed cities are shifting towards:

3 key demands to which the smart use of data provides practical solutions.

Data exists everywhere, in local and national public services, among retailers, service providers, and on GAFA or participatory platforms.  5G will multiply connectivity, and thus data sources, and the ability to use them in real time and in high volumes, to feed the smart city. But at the same time this data is not sufficiently pooled.

The challenge in market development lies in the ability of players to create the most connected ecosystem possible. This involves the identification and interoperability of these scattered data sources, the ability to make them talk to each other while taking into account what already exists. The HUB Institute has carried out the following mapping: 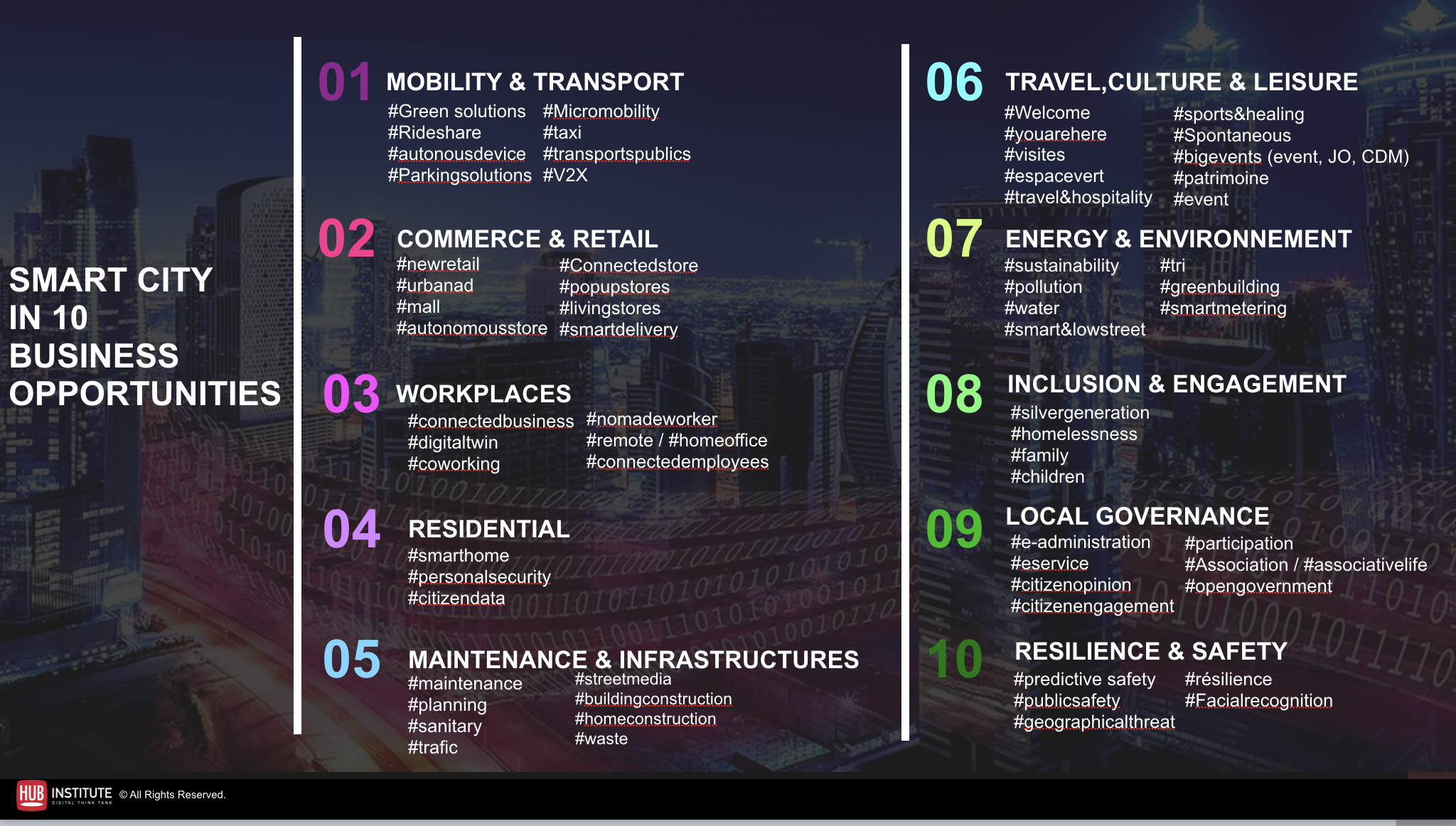 These are needs which constitute business opportunities for commercial players who provide support for cities.

5 examples of innovations to watch


To report on this transformation, the HUB Institute is creating an annual series of Smart City events that will take place throughout the year: HUBTALKs, learning expeditions including the Smart City Expo World Congress in Barcelona, and a HUBDAY next December

Please get in touch to find out more.