7 things to take away from Cannes Lions 2019

Cannes is rewarding, Cannes is inspiring, but Cannes is prolific. So for everyone who stayed home (or didn't make it for the whole week), here's what you need to know, the 7 headline items of Cannes Lions 2019 from the HUB Institute team.

Before we spill the big creative trends at the HUBDAY Future of Creativity & Digital Advertising, here are some business news and trends from La Croisette to give you the market heads-up:

1. A festival which continues to evolve

Certain festival-goers mentioned that attendance was down by 25-30%, which would impact agencies more than brands, as these increasingly submit their entries online. On the competition side, while the number of entries - 30,953 - was 4% lower than 2018, this number hides some large disparities: the Creative Effectiveness category increased by 34%, 'Film' by 29%, E-Commerce 12%, Digital Craft 9%, Brand Experience & Activation 8%. The transformation linked to the new format introduced in 2018 - shorter, better structured, more business - continues, particularly with the inauguration of CLX (Create - Learn - Experience), focusing on the big players in content and entertainment.

The GAFA big four, the AdTech players (Liveramp, Teads, Verizon Media Network, etc), the digital players (Twitch, Twitter, Snapchat, Spotify, IBM) and the consultancy firms (Accenture Interactive Medialink, EY, McKinsey) are evermore present, giving tangible form to the increasing competition with the agencies. After the still-perceptible shock of the Droga5 buyout by Accenture, these new players are crowding not just onto the boats (for business) but also into the Palais (for the Awards). Accenture for example has submitted 500 entries as against 150 in 2018, while Deloitte has increased its entries 4-fold to more than 200.

On the public side, China Curated, a new bilingual programme, was held for the first time, in partnership with Tencent and aimed at Chinese professionals and including networking sessions, tours, and workshops with Chinese jury members. The Chinese advertisers association (CAA) had its own tent and organised an evening of events. The point of these initiatives: learn how to win Lions. The number of Chinese entries in the competition has grown by 5% in 2019 (and also India's by 8%).

Finally with new exhibitors, we should mention Tik Tok, the social video network started in China, Activision Blizzard, which offered a pavilion themed on its game universes, and Roundel, the retail media brand rebooted a few weeks back by the US firm Target.

The winning brand of the 2019 event was Nike*, with Wieden & Kennedy's "Dream Crazy" producing a global impact (10% increased sales the following quarter), then "Dream Crazier" for female sport. It sets the tone for a prize list marked by engagement, of which more later during our creative debrief.

59 statuettes were picked up by France in 2019, compared to 70 in 2018 and 88 in 2017. McCann Paris took first place on the podium with its "Street Vet" campaigns for Purina and "The Non-Issue" with L'Oréal in partnership with Vogue. TBWA/Paris came second with the Harmless Guns and McDelivery campaigns. Third place on the podium went to Marcel which made a grand return for the Publicis group after a 2-year absence. The agency won the only French Grand Prix for Carrefour's "Black Market" in the Creative Effectiveness category. The Pompidou Centre - Souvenir de Paris campaign also carried off 2 prizes in the Media and Outdoor category. All French stats detailed here.

Dissipating rumours (without commenting on them) at the start of the week about a hypothetical buyout of Buzzman, Yannick Bolloré announced the purchase of the Californian agency Battery, its connection to the brand The Annex, the network at the crossroads of entertainment and advertising, and the September start of The Annex Paris and Toronto (see our full article here)

5. "Les Lionnes" want to promote equality in agencies with their alternative prizes 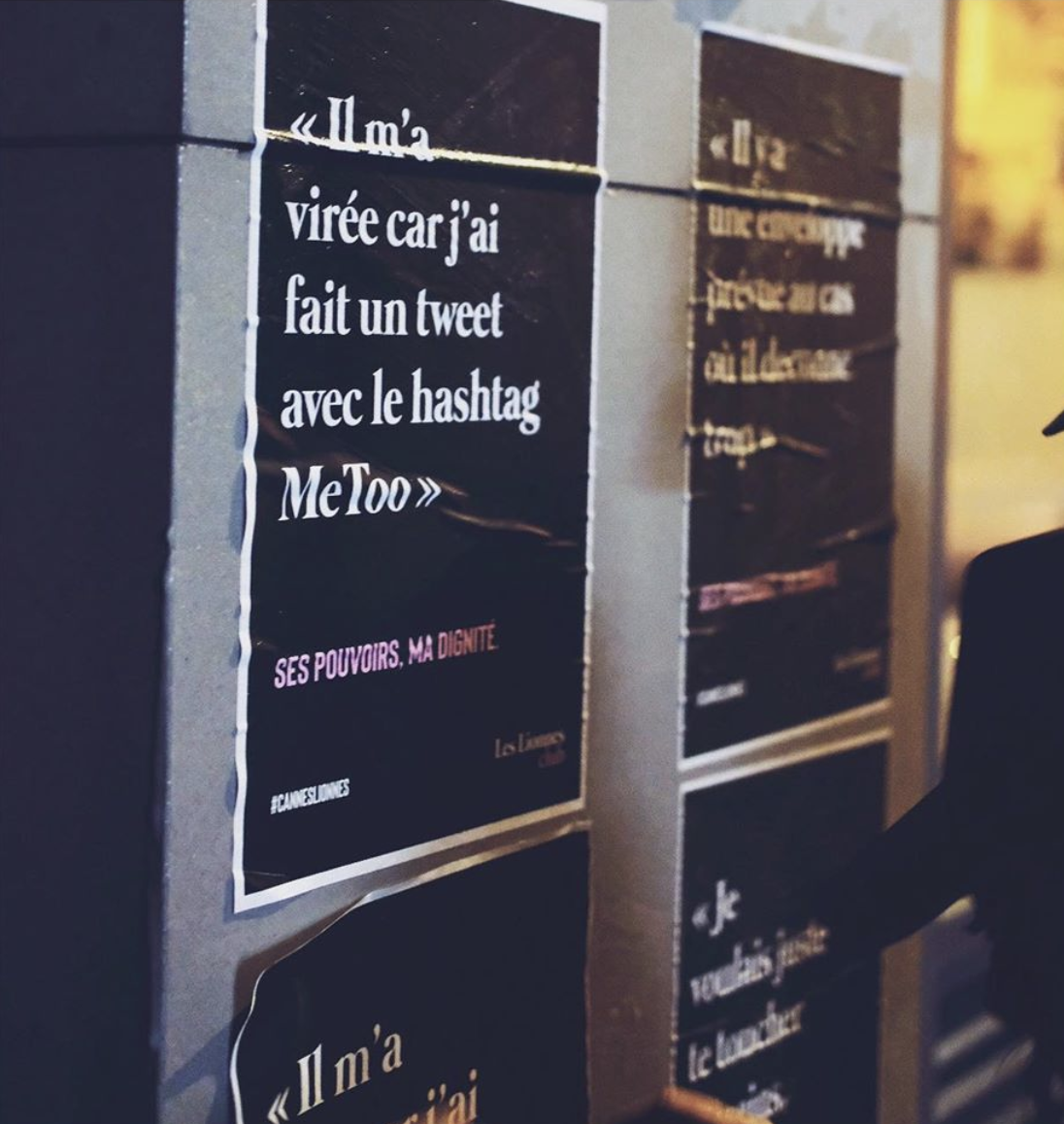 In the wake of the #MeeTooPub movement, Christelle Delarue, founder of the Mad&Women agency, set up the "Les Lionnes" association to combat sexism in the advertising sector. After a "shock poster" campaign in Paris featuring the worst expressions heard by women in advertising, Les Lionnes set up its own (female) jury and every evening revealed its creative prize-list based on these criteria: the campaign's non-sexist character, gender equality on the technical credit sheet, the presence of a female creative director, and an equal board. McCann, Ogilvy and Rosapark were the only French agencies who made the list (see the full prize list here).

6. The WFA continues its work on digital safety with the formation of the Global Alliance

The number of entries by in-house brand teams is growing and looks to be a sustainable phenomenon. According to the Association of National Advertisers (ANA), 78% of marketers have an in-house creation set-up, as against 42% in 2008. After media buying, creation seems to be an area to take in-house for the strongly investing big brands.

P&G has thus announced it is taking back creative control of the Discret brand, formerly entrusted to Wieden & Kennedy. P&G is also developing direct partnerships on content with John Legend and Ariana Huffington, putting into practice Marc Pritchard's view that marketing managers ctake back control of creation.

The brands are even setting up their own in-house awards - McDonald's and its Feel-Good Marketing Awards, Mondelez, Inbev, and P&G to meet a long-standing need to demonstrate a genuine business impact. It's a good way to create in-house motivation even for small brands and to reinforce messages from management. Agencies are however warning against a self-centred vision of creation that Cannes might engender.